Methandrostenolone, more commonly known as Dianabol, has long been a mainstay in the drug regimen of many an aspiring bodybuilder. Dianabol is an androgen and anabolic steroid that is most commonly consumed in oral form for its performance enhancing effects, namely dramatic size and strength gains. This makes it very popular with weightlifters, bodybuilders, and powerlifters. (1)

Adding to its popularity is the fact that despite being injectable, Dianabol is conveniently taken in tablet form. Many first-time steroid users may feel intimidated by the prospect of injecting themselves, so its availability in tablet form makes Dianabol an especially popular steroid with amateur users.

Dianabol was first produced in 1995 by CIBA, now a subsidiary of the Swiss corporation Novartis. Most of you reading this will probably already be aware of the fact that Dianabol is a controlled substance and is illegal in many countries. Despite this, it continues to endure both in popularity and availability.

The manufacture of Dianabol no longer lies with pharmaceutical corporations, who have for the most part ceased production of this type of anabolic steroid. Instead, underground labs produce enough to ensure there continues to be an ongoing supply on the streets and in gyms around the world. 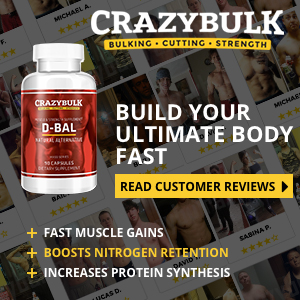 Dianabol acts on the androgen receptor associated with testosterone and dihydrotestosterone. This results in fast and dramatic increases in protein synthesis and overall muscle strength, the results of which have been well documented since the fifties.

The increase in protein synthesis means that the body is able to process dietary protein and other nutrients at a significantly enhanced rate. When using a steroid like Dianabol, it is generally beneficial to increase one’s protein intake to take advantage of this phenomenon.

This translates to practical benefits such as increased strength, high levels of endurance, and a significantly enhanced rate of muscular hypertrophy. Simply put, this steroid can make users bigger and stronger with the ability to recover from intense physical exercise far more rapid than the average non-user.

It should be noted, however, that taking anabolic steroids and simply expecting your muscles to grow is unrealistic, and it could even be said that physique improvements are unlikely to occur without the user having a solid training program in place.

There are generally two different ways that people approach dosing Dianabol. The first is to take smaller doses spaced throughout the day. The theory behind this is that Dianabol has a half-life of just three or four hours, so regular doses will keep your blood levels topped up.

The other way is to take an entire day’s dose before training, with the idea being that absorption into the muscles will be increased and heightened protein synthesis levels will improve performance and recovery. While this might sound like a good idea, taking a large dose in this manner can be particularly hard on the liver so spacing out your doses might be the better long-term plan.

In terms of exactly how much Dianabol taken on a daily basis varies from person to person, but the most commonly applied dosage sits in the range of 30 – 50mg per day. Higher doses are often used by more experienced users, and these can reach as high as 100mg or more per day. In any case, these dosages are taken for a period of 4 – 6 weeks, commonly known as a cycle. (2)

It is very common for intermediate and experienced users to combine or “stack” Dianabol with other androgenic and anabolic substances such as forms of testosterone. This will of course enhance the results achieved, but is more suited to individuals who have already experienced multiple cycles of Dianabol alone.

Protecting Your Health While Using Dianabol

The side effects of steroids and other performance enhancing drugs has been a hot topic of debate for decades now.(3)

You face a number of unpleasant potential side effects when taking any kind of performance enhancing drug, so the key is to do your best to mitigate some of these by making sure your body is in a strong position with a solid diet and decent supplementation.

The convenience of being able to take Dianabol in the form of a tablet comes with an unfortunate downside in the fact that it can be toxic to the liver. To help your liver stay relatively healthy, you can supplement with milk thistle extract which helps to detoxify the liver and prevent an accumulation of harmful agents.

It’s also advisable to drink warm water with freshly squeezed lemon juice added to it. Citrus fruits like lemons and limes contain the phytonutrient D-limonene, which acts in a similar manner to milk thistle extract and helps to keep the liver detoxified. (4)

This concoction is particularly effective when consumed first thing in the morning on an empty stomach when absorption will be at its greatest.

A particularly common side-effect when using this type of steroid is water retention, caused by an increase in estrogen levels. Excessive levels of estrogen are also associated with a symptom known as gynaecomastia, which manifests itself in the form of swollen nipples.

These types of side-effects – which also include acne, oily skin, and increased hair growth are typically well-known among casual steroid users, so most individuals accept it as part of the process.

If you do decide to take a cycle of Dianabol then you should also be aware that you may experience increases in blood pressure.  Over time this might put an additional strain on your heart, so be sure to eat a diet that will help to support a healthy heart.

There are a number of additions you can make to your diet and supplement regimen, such as odorless garlic, CoQ10, omega-3 fish oils, and Vitamin D3, all of which will help to offset some of the harmful effects of sustained high blood pressure. (5, 6)

Why Was Dianabol Banned?

The simplest explanation for why Dianabol was banned by the FDA is that, just as with the majority of performance enhancing drugs, it can cause a wide variety of harmful side-effects.

The strain that it places on the heart and liver in combination with its tendency to suppress natural testosterone production in the human body gave cause for it to be considered a dangerous substance. To this day it remains a Class III scheduled drug.

It probably goes without saying that due to the illegal and potentially harmful nature of a drug like Dianabol we can neither recommend nor condone its use. Instead, we suggest that you seek the advice of a medical professional before you begin your first cycle.

In addition to the dietary and nutritional recommendations made above, you would be well served to obtain a full black panel from your doctor to ensure that your health is in tiptop condition before adding an additional strain on your system in the form of anabolic steroids.

If you do suffer from any pre-existing medical conditions that may be worsened by the use of illicit substances like Dianabol then at least you will be well aware of the implications beforehand.

Since Dianabol is banned, many of you are looking for a safe alternative. With so many options on the market, it can be hard to choose one that comes close to the effects of Dianabol. With that being said, there’s one product that seems to stand head and shoulders above the rest – D-BAL by CRAZYBULK.

This supplement is a natural alternative to Dianabol as it increases muscle gains, size and strength.

D-BAL works by increasing nitrogen retention in your muscle tissue, which aids in protein synthesis and eventually building more muscle. CRAZYBULK recommends taking 3 capsules per day with water about 45 minutes after you are done working out.

They also recommend taking this supplement for 2 months and then cycling off for about a week and a half. And for added incentive, every 3rd bottle purchased is free.