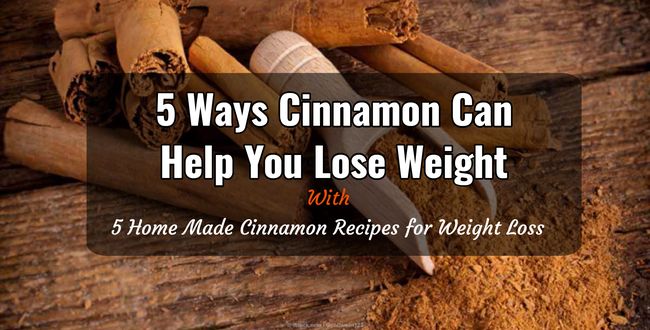 Cinnamon has to be your go-to diet ingredient if you are looking to lose weight, in particular in your tummy and waistline area.

Simply because it helps you to reduce appetite, maintain blood sugar levels, increase metabolism, and decrease cholesterol level. Followed by of course its fat burning ability, it is an essential weight loss ingredient.

It does require you to exercise and also maintain a healthy diet, as only consuming Cinnamon is not going to help you with weight loss. Also, you might need to make some lifestyle changes to get quick results.

How does Cinnamon help you lose weight?

1. Cinnamon helps to increase your metabolism

Cinnamon has a direct effect on the metabolism of our body. It not only promotes sugar breakdown but also breaks carbohydrates into simpler substances.Consuming Cinnamon enhances the usage of carbohydrates in storage and prevents them from being converted into fats.

A boost in metabolism allows the body to burn more calories, which has a direct effect towards weight loss.

Cinnamon also regulates the movement of food into your stomach.This definitely is helpful for people looking to lose weight, as this makes you feel full for a longer time interval.

Cinnamon also works on alleviating sugar cravings. For individuals on a diet, anything containing sugar is restricted, so this helps to avoid the temptation of consuming sugar.

Cinnamon is very effective towards enhancing the insulin levels of your body.Insulin is an enzyme that helps the body maintain the right blood sugar level. This is helpful for individuals suffering from problems like diabetes, as regular spikes in blood sugar level can be very harmful to them.

Even for normal people, Cinnamon plays an essential role in the prevention of fat storage caused by increased blood sugar levels.

4. Cinnamon has a direct effect towards blood sugar level

We already know the importance of maintaining blood sugar levels in the weight management process. Cinnamon doesn’t only help you by maintaining the insulin levels but also has a direct effect towards blood sugar itself.

Studies suggest that consumption of meals with a higher glycemic index can increase blood sugar levels. Cinnamon can be added to meals to lower its GI up to 20-25%, this definitely helps you to keep a check on blood sugar levels.

5. Cinnamon also has an impact on your cholesterol levels

Studies suggest people with diabetic conditions that consumed Cinnamon at regular intervals were found to have reduced LDL.

Here are few Cinnamon recipes that can be prepared at home

The best thing about using Cinnamon for weight loss is that it is a common spice found in every household. This also makes it easy to blend it with several common foods.

1. Morning has to start with a Cinnamon, Lemon, and Honey combination 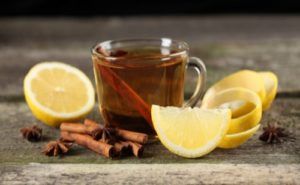 One must start their day with a blend of Honey, Cinnamon, and Lemon juice. It is a powerful drink that will not only help you to lose weight but also protect you from other health conditions.

Add Cinnamon to boiled water, with a few drops of squeezed lemon and a little honey and drink every morning to enjoy the benefits from it. 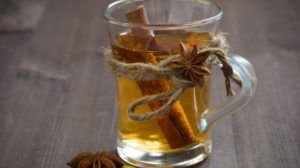 You can add Cinnamon powder to boiled water or put Cinnamon sticks into water and boil it. Consuming this in between meals and/or drinking it during the day can be very effective.

Drinking it even before you go to bed can help you to increase metabolism while you are asleep.

Add two teaspoons of Cinnamon powder to a cup of water. Boil the water and then allow it to cool down. Drain this solution and drink it.

Drinking it early morning on an empty stomach is the best option to enhance metabolism.

3. Add threads of Cinnamon to your Coffee 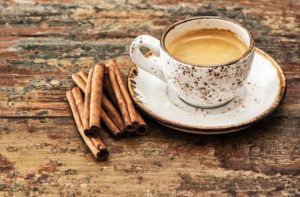 This is a special tip for ‘Coffee Lovers’, for individuals that like to sip coffee every time they sit idle.

Adding shredded Cinnamon to their coffee can give an ecstatic experience. Adding Cinnamon will help you to compensate for the sugar you consume with coffee.

4. Add Cinnamon to your juices 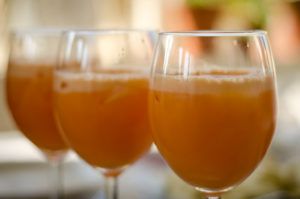 If you like to drink Fruits and Vegetable juices then adding Cinnamon will add to the taste and flavor of the juice. It shall also bring nutritional value along with it. Often Cinnamon is combined with carrot juice, orange juice, etc. and is also preferred with vegetable juices, too.

You can add one to two teaspoons of Cinnamon powder to the juice that you have prepared. Mix it well and drink it. Consuming it daily shall help you to reap the benefits from it.

5. Combine Honey and Cinnamon in Water

It is a traditional combination preferred by many as a weight loss drink.

Honey works to regulate metabolism, whereas Cinnamon helps to maintain the blood sugar levels. Combining this one can form a powerful weight loss solution.

Take a glass of water and add 1 teaspoon of Cinnamon powder to it. Mix it well and boil it. Allow it to cool down for few minutes and then drain it. Now add 2 teaspoons of honey to it and mix it. Make sure you drink this early morning and before you go to bed regularly to see significant results.

Whenever you choose to consume Cinnamon, you must ensure that it is fresh. Also, remember Cinnamon can help you to lose weight, but you also have to follow a proper weight loss regime and eat healthily and exercise daily to ensure that you stay healthy and fit.