Trenbolone acetate, also known as tren-a or tren, is considered by many as the most powerful anabolic steroid ever made. Known for its ability to “instantly” add muscle mass and strength, trenbolone quickly became a mainstay with bodybuilders and power lifters throughout the world.

In fact, many users hail tren as the “king of all steroids.” With that being said, it’s important to point out that in addition to the amazing benefits of trenbolone, there are some significant side effects associated with this illegal steroid.

The Origin and Evolution of Trenbolone 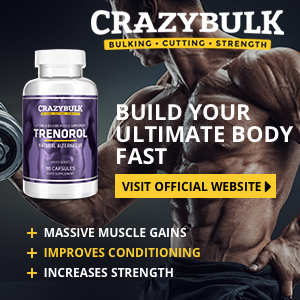 We do know that tren-a was originally created for the livestock market by Hoechst-Roussel, who unveiled and marketed it in the late-60’s.

Tren-a was and still remains classified as a veterinarian grade anabolic androgenic steroid, according to steroid.com.

By the 1980’s, Hoechst-Roussel released their tren-a products for human usage under the names of Finajet and Finaject.

France’s Negma Laboratories would corner the market on tren-hex as they released it under the name of Parabolan. It became the only approved human grade form of trenbolone largely due to the longer half-life, which allowed for a slower release of hormonal properties into the system. Parabolan became a prescription medication used to treat:

With trenbolone being such an incredible steroid, and the widely available Finaject or Parabolan products on the market, it’s easy to see how this steroid became the most sought after performance enhancing drug on the planet for professional bodybuilders. In fact, it had a 2 decade run as the most popular steroid used and abused.

By the late 80’s, Hoechst-Roussel discontinued Finaject and Negma Laboratories stopped releasing Parabolan in 1997. Both stoppages were in large part due to the widespread abuse of steroids like tren-a and tren-hex, which led to androgenic steroids being banned for human usage in the United States.

The cattle market was excluded from this ban and Hoechst-Roussel would go on to release a new tren-a product known as Finaplix, which were subcutaneous pellets implanted into livestock. Despite trebolone becoming illegal in 1990, individuals would melt and filter these Finaplix pellets to create an injectable form of tren-a.

After tren-a and tren-hex products were forced underground due to trenbolone becoming illegal, a new form of tren hit the scene – trenbolone enanthate (tren-e).

British Dragon, a steroid manufacturer that operated out of Thailand, is credited with first releasing this form of tren in 2004. Tren-e is very similar to tren-hex (parabolan) in regards to its chemical composition and half-life.

By 2008, British Dragon was shut down and the owners were arrested, but not before making a significant contribution to the black market world of steroids.

No matter which tren form you use, they all contain the trenbolone hormone and share the same benefits detailed in the next section.

Trenbolone functions similarly to many other anabolic steroids. However, tren does it quicker and more effectively. Tren has an androgenic rating of 500, an anabolic rating of 500, and is considered 5 times more powerful than testosterone, which has a rating of 100 in each category.

In addition to its powerful effectiveness, tren is also the most versatile steroid available. Its wide range of functions can be seen in the following benefits:

Trenbolone greatly enhances nitrogen retention and protein synthesis within muscle tissue. As we all know, protein is the building block for muscles. With an increased rate of protein synthesis, comes an increased rate of muscular growth as our muscles remain in an anabolic state. Enhanced nitrogen retention also helps muscles to remain in an anabolic state as it leads to less overall muscular catabolism.

One of tren’s most amazing functions is the ability to protect muscle mass while trying to lose body fat (lipolysis). When dieting to lose body fat, we must burn off more calories than we consume. Unfortunately, this can also lead to losing lean muscle tissue as it becomes a source of fuel for the body during a caloric deficit.

Tren, like most anabolic androgenic steroids, firmly binds to the androgen receptor which results in increased fat loss. Additionally, tren boosts our metabolism to burn off more calories and body fat. These two functions have made tren the ideal steroid during cutting phases.

The second way tren impacts muscular recovery is through an increased output of IGF-1.IGF-1 (Insulin-Like Growth Factor 1) is a powerful endocrine hormone produced by the liver. It plays a significant role in human growth hormones and is believed to affect just about every cell in the human body. One positive effect IGF-1 has for bodybuilders is the increased rate of muscular repair and recovery.

Tren Dosages: How much should you take?

There is no universal guidelines on dosage amounts for trenbolone. Ultimately, it all comes down to each person.

However, there are a few factors that could affect how much tren one takes:

Tren is most commonly cycled for 6 to 8 weeks in order to minimize the potential side effects, while maximizing the benefits. Additionally, tren is typically stacked with another steroid like Dianabol for Winstrol for the ultimate fat loss and muscle gaining experience.

The following dosages are most commonly used among weightlifters and bodybuilders:

Notable Side effects of Trenbolone

With the incredible benefits of trenbolone, also come some serious side effects. The following is a list of the most notable tren-related side effects:

Other Side Effects – where tren differs from other steroid side effects is in the following:

According to the Anabolic Steroids Control Act of 1990, all anabolic steroids (including Trenbolone) are classified as a Schedule III controlled substance and illegal to use or sell in the United States.

Federal fines are pretty stiff as a first time offender caught with any form of Trenbolone could face a maximum of one year in prison and at least a $1,000 fine. First time traffickers of trenbolone could face a maximum of 5 years in prison and a $250,000 fine. The penalties for second time offenders double. Individual states also have their own penalties in addition to federal law.

Since trenbolone and all of its forms are illegal, many of you may be wondering what legal supplements come close to tren’s benefits. Unfortunately, nothing can duplicate tren’s overall versatility and effectiveness. But, there is one legal supplement that can make even tren users take notice – Trenorol.

Created by CrazyBulk, Trenorol is a safe alternative to trenbolone as it aims to replicate tren’s androgenic effects. Users will see results within 30 days including: improved strength, increased muscle mass, and loss of body fat.

Trenerol comes in capsule form, with 3 capsules per serving. Users are to take one serving per day, approximately 45 minutes before working out. CrazyBulk recommends that users take this supplement for 2 months and then cycle off of it for 10 days.