There are some foods out there which are obviously devastating to a weight loss plan, but others, you’ll be happy to know, can help you burn fat fast.

Like the bionic woman running a marathon, fast. The foods listed below are supported by solid scientific evidence for promoting weight loss and helping you to stay full.

That means you won’t eat more calories each day than you need to lose weight. 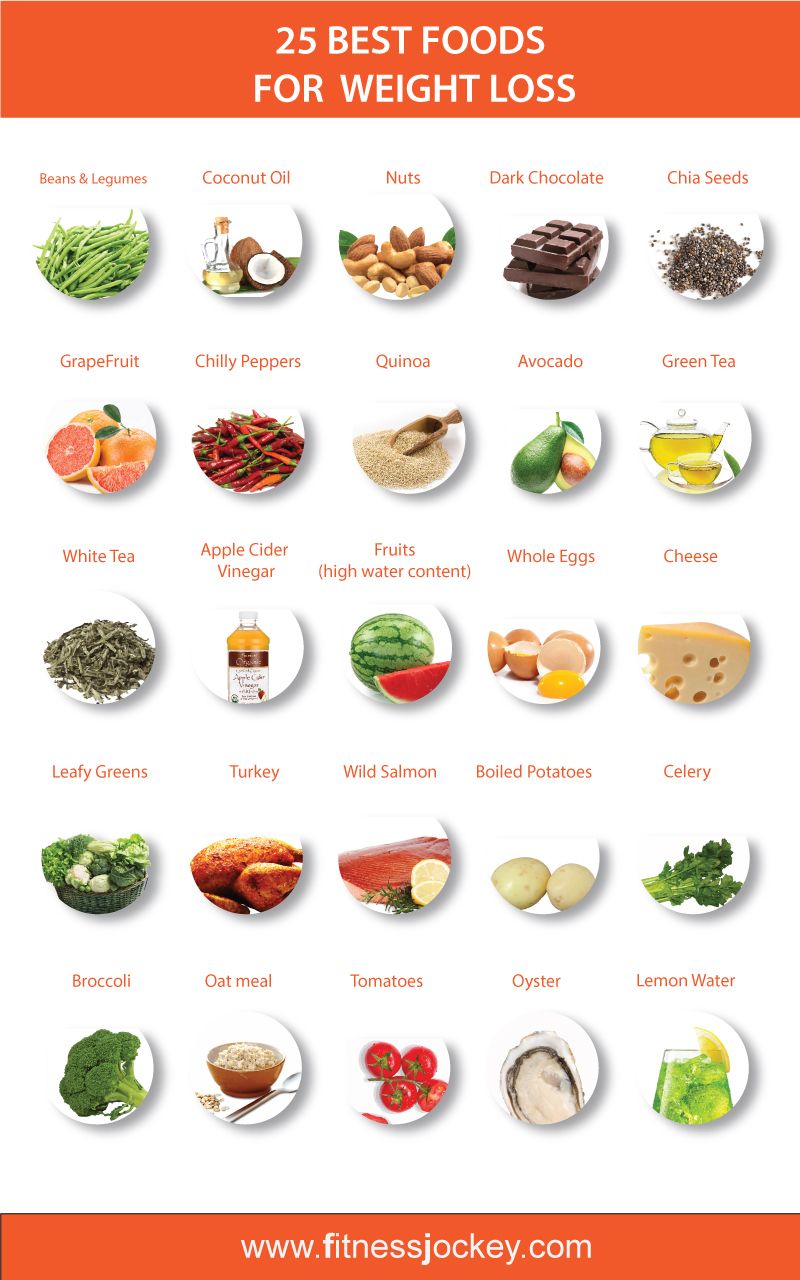 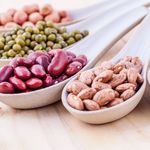 Otherwise known as “pulses,” beans and legumes are key to losing weight.

When we eat beans, we stay full longer, mostly due to their high fiber content. This means we are less likely to indulge in processed snacks, according to research conducted in Australia.

The same scientific results were found at a hospital in Canada, too.

By adding a single serving of beans to your diet once a week, and doing nothing else, you can expect to lose an extra three quarters of a pound in just over a month. 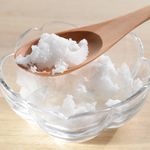 Ditch all other cooking oils, and use coconut oil.

Coconut oil contains a unique combination of healthy fatty acids which cannot be rivaled by many other cooking oils.

Medium chain fatty acids contained in coconuts are metabolized by the body differently than other fatty acids. They are sent straight to the liver, where they can be utilized for energy or turned into keytones that the body excretes in the urine.

There is scientific evidence suggesting that medium chain fatty acids are not stored as fat as easily in the body, too.

Nuts like almonds, pecans, pine nuts, and walnuts were once villainized because of their fat content, and shunned as a good food for people trying to lose weight, but recent research has concluded that nuts are the perfect food to help burn fat and keep you full.

The fat they contain is heart-healthy, unsaturated fat.

People who add a handful of nuts to their diet every day are also much more likely to stick to a lower calorie diet plan. 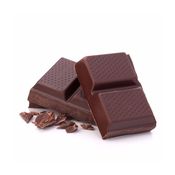 Dark chocolate that contains at least 60-85% cacao and low sugar can be a life saver for people trying to lose weight.

Not only does it help to satisfy a sweet craving, but dark chocolate, as an occasional treat, is full of free-radical scavenging antioxidants, as well as three types of healthy fats that are known to promote weight loss: a monounsaturated fat called oleic acid, and two saturated fats, palmitic and steric acid.

Scientific research conducted in the Netherlands also found that women who even smelled dark chocolate (but also got to eat it) had reduced ghrelin levels – a hormone that your body produces to tell you to eat more. 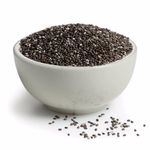 Chia seeds were considered a super food by the Aztecs. They are high in fiber and nutritionally dense. They also hold 11-12 times their weight in water.

That means that when you eat chia, they swell in your stomach, making you feel full.

Chia can also help to lower your glucose (sugar) levels, and stabilize insulin due to high levels of plant protein. 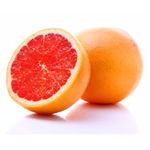 A single serving of grapefruit only has 53 calories, but there are special enzymes in the fruit that can reduce insulin resistance, and help keep you full.

Even the smell of grapefruit can curb junk food cravings.

Researchers have learned that chili peppers may hold a secret to boosting metabolism without added exercise. Capsaicin, an active phyto-compound in chili peppers helped rats on a high-fat diet to lose weight by boosting their fat-burning mechanism. 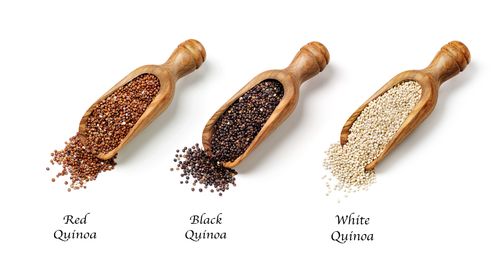 Quinoa is a strange food.

It’s really more like a vegetable than a grain, but because of this, it is a wonderful food to help you lose weight.

It contains all eight essential amino acids, so it’s a go-to food for vegetarians and vegans looking for a protein source. It is also full of iron and B vitamins which support energy production and weight loss.

It has a low glycemic index (meaning it won’t spike your blood glucose levels, and cause you to binge eat). Quinoa is also full of dietary fiber which helps to keep you full, while being low-calorie.

A single, one cup serving of cooked quinoa contains only 172 calories. 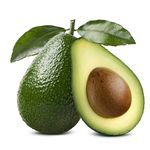 Another super food, avocadoes are amazing for people trying to lose weight.

They are full of nutrition, which means the body gets the good stuff it needs, and is less likely to eat garbage trying to make up for a lack of vitamins and minerals. 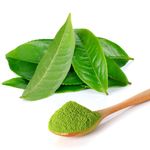 Green tea is full of catechins (EGCG), a known fat-burning antioxidant. Green tea also contains caffeine, and when you put the two together, you can turn into a fat-burning machine.

Drink 3-7 cups a day for optimal fat-burning, and boosted metabolism.

White tea can simultaneously boost lipolysis (the breakdown of fat) and block adipogenesis (the formation of fat cells). 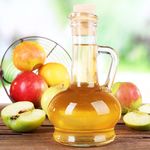 Drinking one to two teaspoons of ACV before every meal is a miracle for boosting fat loss.

Acids, including ACV, help with the digestion of protein, the building blocks for some of our hormones, especially growth hormone which is instrumental in breaking down fat cells.

By increasing the acid present in your stomach before a meal, you’ll ensure more thorough digestion and increase the availability of protein for hormone synthesis.

Soups, as well as whole fruits and vegetables contain high levels of water.

Water is critical for fat burning, and when we drink enough of it, we also tend to eat less. 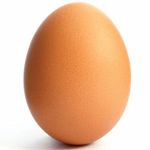 It used to be frowned upon to eat whole eggs, but nutritionists and trainers are encouraging people who want to lose weight to eat eggs – yolk and all – since they are low in calories and high in protein.

A high protein diet is important for fat loss, and lean-muscle growth.

It’s true that eating cheese can help you lose weight. Cheese is high in protein, and calcium which helps to burn fat. No wonder the French have smaller waistlines!

If you fill your plate at least half full with leafy greens at every meal, it’s practically impossible to over-eat.

17. Turkey (more than chicken or beef) 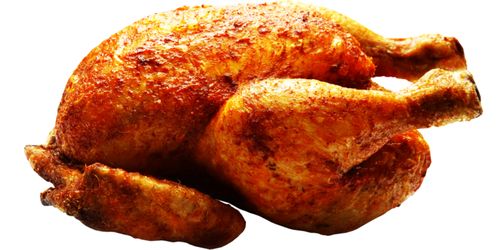 Protein is essential not just for building a sleek physique, but for revving your metabolism, boosting your brainpower, trimming your middle and generally realizing your flat-belly goals. 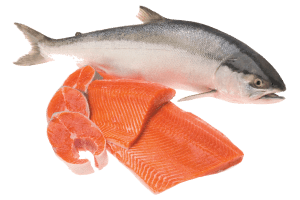 Another great lean protein source is salmon. It is full of Omega 3 fatty acids, which help to burn fat stores in the body.

Just don’t eat farm-raised salmon because it is fed GM soy, known to cause a hormonal imbalance by mimicking estrogen, which can cause you to hold onto fat stores.

High is fiber and nutrients, and low in fat, potatoes may be dreaded ‘carbs,’ but they can actually help you stay full, and promote weight loss according to research from the University of California at Davis and the Illinois Institute of Technology. 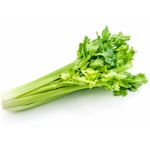 An entire cup of chopped celery has only 27 calories, taking up less than two percent of a 1500-calorie-a-day meal plan.

The fiber and water content also helps to fill you up, and celery can also soothe the nervous system. Less stress means you’ll eat less.

Veggies like broccoli, cabbage, Brussel’s sprouts, kohlrabi, and cauliflower are full of important nutrients and tons of dietary fiber.

This study also found that the compound indole-3-carbinol in cruciferous vegetables helped prevent obesity in mice fed a high-fat diet by decreasing inflammation and the formation of fat cells and increasing the number of calories burned.

Oatmeal is amazing. It reduces the incidence of Diabetes type II, as well as promotes heart health but eating a bowl of oatmeal for breakfast increases your soluble fiber.

Soluble fiber absorbs a considerable amount of water which significantly slows down your digestive process.

This result is that you’ll feel full longer, in other words – oatmeal can help you control your weight.

One study found people whose diets contained the most beta-carotene and lycopene had the smallest waists and the least belly fat.

Oysters are one of the best food sources of zinc, a mineral that works with the hormone leptin to regulate your appetite.

How overlooked is a simple glass of water and lemon for added fat loss?

This drink helps to cleanse the liver, which is responsible for metabolizing fat.

Water is hydrating, which helps to burn fat, and lemons contain Vitamin C, potassium and other antioxidants that support fat metabolism.